That was a neat journey. I suck at tank controls though, so running from the monster near the end felt more difficult than it should have, but I wonder if that was by design.

it's okay I guess, it is really confusing!

Shot this a while back but forgot to post on here. Such a great game & actually filled me with dread during the chase scenes. The music is very on point!

Thanks for playing, great to see that you recognized a puzzle from RE :)

that was surreal, I'm unsure if it ended where it was supposed too but that tank controls did add to the tense feeling the game gave off

Very interesting concept. I loved the aesthetic of the game, especially the theatre area near the beginning. I also thought the power plant area was unique. I would've liked to see more of the surreal environmental design, as I thought the castle near the end was less interesting, and furthermore, became disorienting since screens/locations therein seem to not connect in a plausible way.

What I loved: The puzzles were great! Just hard enough to make you think but not too tough that you ever want to give up or look up a guide. The age puzzle and the statues puzzle reminded me of Silent Hill puzzles, which I think is a good thing. I also very much enjoyed the music, especially the droning track that played during the title-screen and that was interspersed a few times throughout the game. Very eerie! I also enjoyed the monster designs. Simple, but effective.

What I didn't like: The camera was often too far away to see where exactly my character was and where I'd have to turn. I understand the tank-controls are for nostalgia's sake, and I actually don't mind them. However, if we have old-school controls, it shouldn't be made even harder by not being able to see where I need to turn. This is especially problematic when being chased by an enemy. Secondly, I didn't like how your character could wander off screen, out of view, before the game would switch to a new view. As soon as the player wanders off one screen, ideally the game would immediately switch to a new view, where the player character is immediately visible again. To have the player be in a "limbo" of two camera angles can be disorienting.

All in all, a great concept. I'm excited to see where it goes from here!

As a massive Twin Peaks and David Lynch fan, I jumped straight on this one. Very creative level design themed around the Red Room, with a terrifying surprise later on. Almost felt like I was controlling Slenderman, though, because of the white face on the character model ;) The tank controls made a certain part of the game 3/4 way through very difficult for me, but got there in the end! Thank you for making this, as I have always longed for a Twin Peaks themed game.

Thanks, nice to hear from a fellow Twin Peaks fan! ; )

So refreshing with a good weird horror game with alot of inspiration from older horror games and tv-series. You did an amazing job with the whole visual part of the game. I especially like the whole Orebro Castle part the best.

The controller and camera angels woke up some really horrible memories about the bad game design from back then. But that in itself had a charm that only those old games could offer. So I didn't think that someone would actually try and use that today in a game. It do make the game a bit harder when you ain't use to it anymore.

Thanks for playing, and also for the critique :D

P.s. You're from Sweden right? You seemed to recognize Örebro Castle pretty well :)

You're absolutely right. I am from Sweden. I've been in Örebro just a few times and most of them around the city center. So that castle wasn't to hard to recognise. So it was cool to see you add that into the game.

Was getting a message to launch the game with -opengl3 support using Linux, but I knew my card supported OpenGL up to version 4.2 or 4.3. Launching with -opengl3 made the game unplayable but after searching on google forever and trying more cutting edge versions of Mesa and so on, I found out that for using open source drivers (I have a Firepro "Turks" V3900) that manually CDing into the folder with Wake Up.sh and running the command

Got the game up and running like it should be. Hope this helps somebody. Might be worth a shot for anybody running Linux in general, or in my case Linux Mint 19/Ubuntu 18.04.1 and using the oifab amd/ati drivers but possibly not getting the correct OpenGL version when running glxinfo as I was. The hardware on my card supported it, but Mesa/DRI or whatever didn't properly detect it. Possibly a bug, but certainly worked.

Note: This probably won't work with closed binary drivers like Nvidia, I'm not sure if that relies on mesa or its own implimentation.

The camera angle is impressive. I really enjoyed the game

This game was absolutely amazing. It was like watching a Twin Peaks episode. Of course, this means understanding almost nothing firsthand, which is awesome in a horror / surreal game lol Would you consider a sequel / spiritual successor?

Anyways, here's my let's play of the game! I don't know if you understand french, but here it is anyways~

Thanks for playing, I do have a bigger spiritual successor in mind, but it would take some time to develop though :)

Well, I wish you the best of luck then!

I enjoyed it  a lot,  here is my gameplay 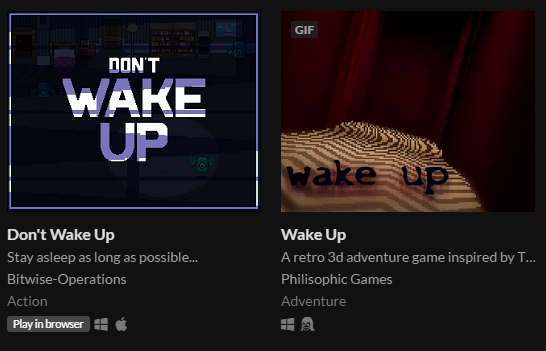 Well, i played the game, it was spooky, it was good, and i really like that you took pictures in real life and put them in the game as a level. Very cool :ok_hand:

Lol, thanks for playing ;)

I honestly can't praise this game enough. I LOVE IT! I seriously hope you do more with it. I'm releasing my gameplay of it on my Youtube and part 1 (of 4) went live this morning.

An aesthetically appealing, atmospheric game with a surreal premise - I liked that a lot! The installation of puzzles, the logic of which must first be deciphered, and the abandonment of clumsy cutscare horror underline the overall concept extremely well. <3 In fact, it's a very interesting approach to dreams and nightmares in a ludic way, which I've been very happy to recommend in an article on our blog. For those of you who are a little bit confused with some of the puzzles, I recommend a look at our playthrough video. Excellent work, please keep it up! :)

Absolutely phenomenal game! The "speed-up" mechanic allowed for a faster way to do things, without giving us a dash, or any way to outrun any baddies, and the puzzles were fun to complete. Monsters were spooky, and the entire game had a cohesive feel to it!

Absolute BLAST to play, and I hope to see more in the future!
Reply
Philisophic Games3 years ago

Thanks for playing and for all the kind words!

As a big fan of Twin Peaks myself, I had to give this one a look. It's pretty solid for a game jam! The environments were cool and aside from one or two camera angles obscuring a bit, it looked great. I had fun with it so I decided to throw together a quick video. Looking forward to whatever crazy stuff you guys come up with next!

Thanks for playing, love the way you added these Twin Peaks clips! :)

This is inception level gaming right here and it really led me into a loop for a while. 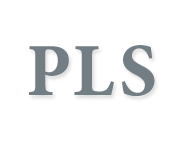 could you PLSSSS make an update on Cool forts prevail, ive been playing it with my father some times and there are problems like you dont have team m8 or the space pirates are to strong and Stuff you know what i mean like give us TEAM MATES or MORE WEAPONS or 2 DIFFERENT MAPS or THAT THE BOTS ATTACK YOU and not go to their home when you attack them. so plsssssssssssss make an update on that game it could beee soooo gooood PLSSSSS

It's great to hear that you still play the game! I don't think I currently have time to go back to that game, but I'm working on an upcoming fps game that will have gamemodes similar to Cool Forts Prevail. I sadly don't have too much time to work on games since its only a hobby, but I will surely keep your ideas in mind if i could find the time :)

Can you make splitscreen then for the new game?

Last question (thanks btw) when does the game come out and arent you gonna work on steam later this month or something?

Thanks for trying it out! :)

This was very cool. The graphics and backdrops were great and the music and sound were spot on and atmospheric. Not sure I was supposed to go around twice but what the hell. Great game... :)

Thanks for making a video about my game! You're actually supposed to die the first time you meet the three monsters, but you're the first person (except me) who I've actually seen managing to evade them. Great skills there!

Love that title and thumbnail :)

Reply
CjuGames3 years ago
Not at all what I expected, but I still had some fun with this. Good job.
Reply
ProofreadFire3 years ago

Really cool game. I usually don't like dream based games, but this was really good.

Many thanks for playing! Great video, you really did a nice effort there at the end ;)